The Truth About BSOS and How To Beat It

It’s called the “bright, shiny object syndrome” or BSOS for short. For people in charge of dealership marketing it can be a problem that’s extremely hard to overcome.

People infected with BSOS can often see every new thing as THE thing, the one solution that’s going to make all the difference in helping them achieve their goals. 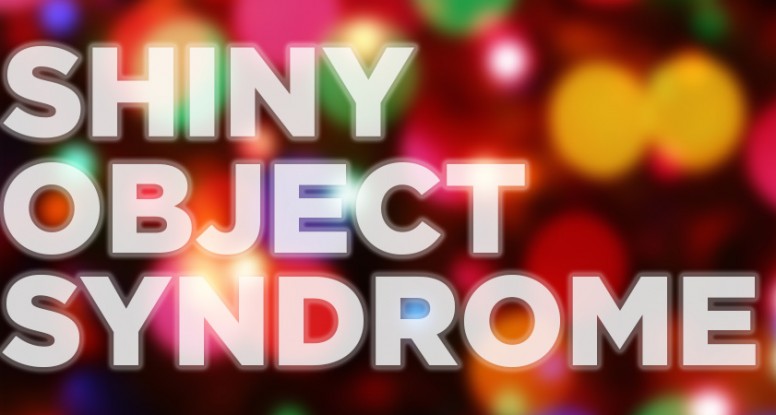 Because of BSOS, it’s easy for automotive marketers to get pulled in an almost infinite number of directions on how to spend very finite resources like time, personnel, and money. Every day, another bright and shiny idea is launched to sell. With each are frequent opportunities to jump to yet another thing, ultimately causing resources to be exhausted with no consistent results achieved.

If you or someone you know sufferers from BSOS, it’s ok. There’s a cure and your dealership can benefit tremendously by kicking the habit.

The solution is found in one simple observance. Some things sell cars and a lot of things don’t. The key is having a precise strategy for being able to identify what works for your dealership versus what doesn’t. Then, you must have the fortitude to stick with what works and get rid of what doesn’t. The more things you find that work well will begin a decrease in the dependency for hopping around from object to object, and ultimately will allow you to be more critical in evaluating things that can pull you astray.

One of the common denominators for marketers who do a good job of separating what works from what doesn’t is they stick with something long enough to accurately measure its true value before they change gears and move on to something else. They provide themselves the opportunity to build a solid foundation of tried and true performers that achieve their goal. That doesn’t mean they’re not open to new things, they’re just more critical of their place at the table.

They follow a process that isn’t overly complicated. It’s based simply on time. The time to succinctly think through how to best utilize a tool; resource; or idea, the time to implement it properly, the time to think through and define their desired goals, and the time to then measure the heck out of something to see if it actually met or exceeded the goal.

Once a really solid foundation is built it then becomes much easier to separate contenders from pretenders the next time they try and present a new bright shiny object that deviates from what you know works for your dealership. As they’re presenting the wonderfulness of whatever they’re selling, call a time out and tell them you’re only interested in the answers to two questions:

Question 1: Does what they have sell cars?

Question 2: Can they prove it? Not just prove it with stories from other dealerships, but prove it in your dealership every month.

The lesson to be learned is that it’s not necessary to chase every bright shiny thing. There are some new things that work, and some things that are too tried and true to be shiny that also work. The key is easily sorting them out to find the best fits for your store.

Does it sell cars?

Can you prove it?

If the answer is yes to both those questions, it’s worth your time and budget. If not, it’s just a worthless bright shiny thing and who needs a collection of those?