Paying the Rent in Eyeballs 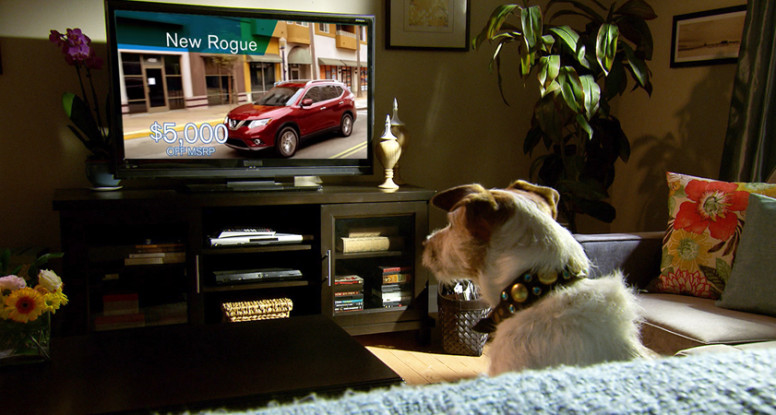 There are odd things in life that, for many of us, can make our brains hurt if we spend more than a few seconds trying to make sense of something where there is none. For instance, the use of the words “exact estimate” together. The worlds’ obsession with what the Kardashians are up to every minute of the day. Or, when media reps—like radio, television, cable or ppc—try to tie their measurements of anonymous audiences back to an actual return on advertising dollars invested.

There has always been a bit of bitter irony in the term “measured media.” Granted that measured media is probably a little more exact than unmeasured media, it still begs the question: what are they measuring?

Nearly fifty years ago there was a cartoon in an advertising magazine poking fun at a TV rating service. The service claimed to provide more exact information because it attached a gizmo on the back of the TV set instead of having somebody fill out diaries. The cartoon showed the mother of the house washing dishes, the father reading the paper, and the kids playing on the floor. The TV was on and the dog was watching it. So much for accurate audience measurement. Even worse, measurement hasn’t gotten much better in the last half century for most media channels.

According to the advertising mediums you’re considering, the measurements are more or less exact. Print media provides circulation figures, occasional readership studies, and pass along rates. Broadcast provides ratings, shares, reach, frequency, CPM and GRP, divided into broad categories. Outdoor will tell you about “daily traffic counts.” But none of the measures actually indicate that anybody really paid attention to the message, much less acted on it.

Direct mail houses will sell lists sliced and diced in terms of dozens of criteria, sometimes including whether the list subjects have indicated an interest in certain products. Unfortunately, by the time most of them collect the names of people interested in buying cars, the list is so old that those people have already moved from customer to owner.

Media measurements are generally useful for determining the size of the pond you’re fishing in, but they don’t tell you anything about whether or how many fish are biting. This makes it difficult to determine an accurate ROI on the thousands of dollars invested in advertising.

With current media measurements, we’re only marginally better off than John Wanamaker was when he said, “Half my advertising is wasted; I just don’t know which half.”

Internet advertising provides us with a lot more data: we not only know how many people hit a site, but what pages they spent time on, how much time, and where they went from there. PPC—Pay-per-click advertising, doesn’t cost you unless somebody actively goes to the ad. It essentially guarantees you eyeballs. But if 10% of those click-throughs submit a form or make a call, you still don’t know anything about the other 90%.

But the fact remains that dealerships can’t pay the rent—or commissions, or advertising bills, or anything else—in eyeballs. They pay the bills in dollars, and dollars are the results of sales.

It doesn’t have to be that complicated. The next time a media rep is explaining the wonderfulness of his universe of viewers, readers, or clickers, ask the rep to base the rates on just one simple thing: sales generated. The response should be interesting.