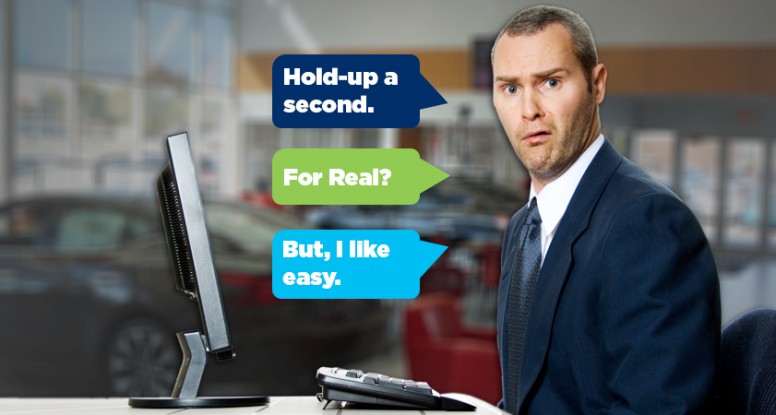 The Maritz Research New Vehicle Customer Study, as reported in Automotive News gives some insight. According to this study, the source cited as the most influential in terms of consumer buying decisions was the dealer salesperson (view the study here). Although that’s heartening news for dealers who spend a lot of time, thought, and money in creating effective sales teams, it doesn’t do much to help understand the impact of advertising on getting the customer in front of the salesperson.

To get to that, you have to dig a little deeper.

The rankings don’t ‘t provide an exact figure to go by, but they do indicate that all of the dealer’s sales can’t be attributed to advertising, perhaps not even most of them.

Nearly a decade ago, Rob Anderson examined the subject in Auto Dealer Monthly. At that time, a commonly accepted average advertising cost per car was $350, but that was assuming 100% of monthly car sales were attributed to advertising. The number of things that it didn’t take into account included all those customers who would have bought even if the dealer just quit advertising: repeat business, drive-by traffic, and referrals among others. Anderson hypothecated that nearly half the dealers’ sales came from sources other than advertising. That means—even then—that the true cost per car was closer to $700 than $350, and it’s possible it’s higher now (view article here).

So what’s a dealer to do to get an accurate number? Many dealers would agree that the decisions based on the advertising cost per car sold are sufficiently important enough they deserve solid, uninflated data. And an equal number of dealers would agree they have too many other concerns to spend a lot of time, energy and money chasing the exact influence or influences that resulted in each vehicle sale. However, whichever side of the fence someone falls on, there are quick and easy ways to get to a more helpful (if not quite exact number).

The first is to compare the customers you sold cars to each month with your service customer database. A study conducted by CNW Research found that customers who regularly serviced their vehicles at a specific dealership were about 10 times more likely to purchase from that dealership than those who never serviced their vehicle there. It stands to reason that if you are encountering the customer every 5,000 or so miles, there’s very little that advertising could tell them about your dealership that they haven’t already experienced.

Second, take a look at customers not in your service records. Determine which of them are a referral from a current/previous customer. To track this, some dealers offer a small reward (a thank you note with a dinner or movie gift certificate) to the referring customer, which provides an incentive for your new customer to mention them. Another area to consider is to cross reference monthly sales with customers who purchased from your dealership in the past to see if they’re repeat buyers.

Finally—and you may already be doing this—take a moment between the time the sale is closed and the customer’s meeting with your F&I team to ask, “What is the biggest single reason that influenced your decision to visit us?” You may well find that it’s because they were visiting the dealer next door or simply driving by.

You’ll end up with a cost per car number that’s a much more realistic view of if your dealership is making a good advertising investment or a bad one month in and out.