Several years ago Rupert Murdoch said something extremely simple but precisely spot on in a discussion about the future of business. That statement was:

“The world is changing. Big will not beat small anymore. It will be the fast beating the slow.”

If that statement would have been made more than 10 years ago quite a few people may have thought it to be a bit questionable. Big corporate powerhouses seemed like they could control and dominate whatever they wanted. Particularly in the retail and service industries.

However, technology changed, evolved, and became adopted enough that little industry ripples eventually became massive tidal waves of change. Today those changes are commonplace and that’s why Murdoch’s statement is so powerful.

The question becomes, is your dealership fast and agile to meet today’s consumer demands or are you sitting just waiting to get passed by?

Below are just a few of many examples of how fast disruptors turned big industries on their heads and left their counterparts scrambling for answers. 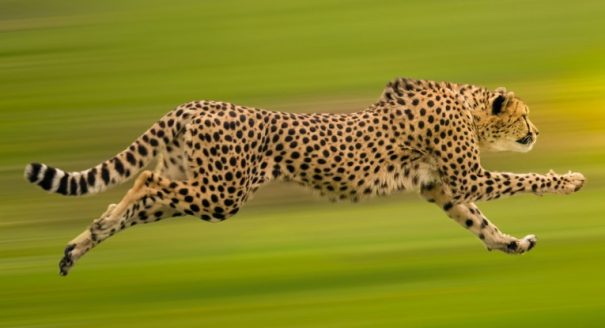 Airbnb – Back in 2007 Airbnb essentially started off as two guys renting overnight stays on air mattresses in their apartment and making people breakfast the next morning. To initially promote Airbnb a website was created and ads ran on craigslist. As it grew, friends and others were recruited to become part of the Airbnb community. Then, BOOM! Through sound business decisions Airbnb is now valued around $31B and generates massive revenue from people using the service to rent the short term use of rooms, houses, and vacation rentals. What was a simple and new concept is now a massive worldwide disruption to the travel industry.

Dollar Shave Club – Michael Dubin thought purchasing razors in retail stores was really expensive and inconvenient. So expensive and inconvenient that he decided to do something about it. In 2011, he started a beta website he launched from his apartment in order to try and solve the problem of providing quality razors at a fair price that could be purchased easily. His solution, a subscription to buy razors from him online. The razors arrived conveniently on subscribers’ doorsteps every month at a fraction of the cost of purchasing razors from retail stores. What happened next is awesome. After making the right strategic decisions, Dollar Shave Club became such a disruptor David and his investors sold it to Unilever in 2016 for $1B.

Uber – Way back in 2008 two friends thought to themselves, “Why is it so hard to get a cab? There’s got to be a better way.” They noodled on how to solve the problem for a few years and landed on the idea to build an app for iPhones. They tested the app in New York with 3 Uber cars and found that the concept of letting vehicle owners use their cars to conveniently let people find them and catch rides for a reasonable price could work. Uber launched in San Francisco in January 2010. Uber is now subscribed to so well that it puts a massive dent in the transportation service and rental car industries. It’s currently valued around $50B – even after the recent negative press its received this year.

Ok, so yes, each of those examples are now all massive companies. However, at one point they weren’t. They were small and bootstrapped and they each had something unique. They had an idea for change in industries that had a noticeable flaw and they were each incredibly fast and agile in finding those flaws and getting their solutions to market.

What’s really cool though is each of them shared something very similar. They each developed simple solutions that made people’s lives less complicated. They were forward thinkers of change by challenging ideas, concepts, and business models that had been the same for decades and decades. They singled out their own frustrations and the frustrations of others. They questioned an old outdated way of thinking and positioned themselves as a simpler more convenient way. And, they harnessed tools and strategies that allowed them to be faster than their bigger counterparts.

They are true representations of the fast beating the big and their models are applicable across all kinds of industries. Even automotive. Interestingly though, that doesn’t mean now that they’re all big they can’t still be fast. Think about that for a second. Then think how it can be applied to your dealership. Is there something you and your team can do differently to get ahead of the status quo? Something that solves the needs of your store and your customers by turning an old way of thinking upside down? Can you do it quickly? Regardless of your size, with the right mindset you can be as fast as you want to be. The key to doing it before your competition is to simply just get started.

Are You A Valuable Advertiser or a Media Pest?

Quick trivia question, how many advertisements and brand messages is the average person exposed to each day?

The number that consistently pops up in numerous places and regularly gets referenced is 5,000 exposures per day. Pretty massive.

Even if it can be substantiated, 5,000 exposures sounds a bit much. But, theoretically it could be possible. With that in mind, we conjured up a more general phrase not tied to a specific number to answer the question. The phrase is, “A lot of freaking advertisements.”

Most everyone sees a lot of ads on a daily basis. Way more than they can possibly pay attention to and evaluate. For instance, just think about how many you’ve already seen today. Now think if there are any you actually remember. 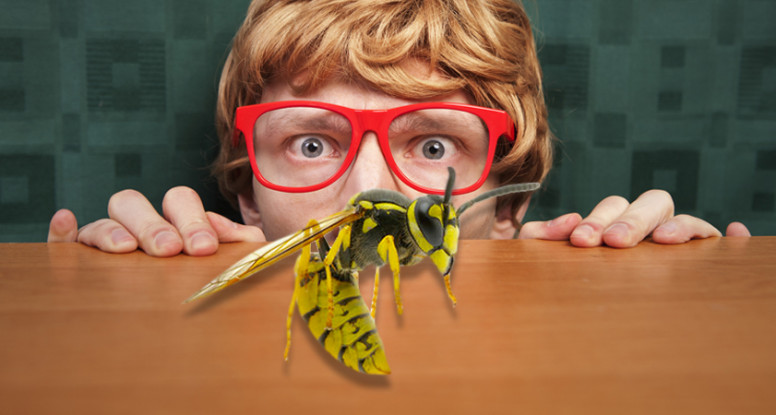 WHAT’S THE HARM IN SEEING A LOT OF ADVERTISEMENTS?

We all experience it regularly. Often, multiple times per day. We’re simply minding our own business watching tv, reading email, surfing the internet, jamming to a great block of songs, checking the mail box, working to make a buck, and just living life. Then, BAM! Our attention gets interrupted and our intentions pushed aside by a multitude of ads promoting things we have little to no interest in at the time.

Whether it’s 5,000 or a few hundred ad exposures per day, one thing is for sure. The wrong ad at the wrong time is incredibly annoying. It’s simply an irrelevant, unwelcome pest many people don’t have much regard for. The more frequent and irrelevant the pest becomes, the more people can train themselves to disregard it and not pay attention. In turn, they can develop a behavioral pattern to stop paying attention almost completely and become much less likely to engage with an advertiser’s message even if they have an eventual need. Ultimately, yielding an extremely counter productive investment for the advertiser.

With this thought in mind, think about the type of advertiser your dealership may be. Do you deliver a valuable advertising message worthy of attention and action or is your advertising a frequent media pest doomed to the mental dungeons of obscurity and irrelevance?

WHY IT’S BETTER TO BE VALUABLE.

Advertising is disruptive. There’s no way around it. The trick for making advertising work well, even though it’s disruptive, is a simple idea. To be effective, ads need to be valuable to the audience they’re in front of.

A valuable ad in the presence of the right audience gets results. Even though it’s disruptive, it speaks to people in a way that can solve a need, frustration, or pain point. It’s in that solution the true value lies. Most people don’t like having problems. If the right solution is readily available to help solve a particular problem, people are more open to exploring how the solution can benefit them (even if the solution is disruptive). In the presence of the right audience, an ad can stop being viewed as a disruption to be avoided and instead be viewed as a fortuitous message to engage with.

The key to triggering higher advertising value and engagement is finding the right audience to be receptive of the message. That’s exactly where most advertisers fall short. They have a good product. They have a good message. The problem is, they’ve chosen to target and speak to an irrelevant audience. In turn, forcing an unwanted message upon an irrelevant audience leads to ineffective advertising.

Advertising works well for helping boost sales and support for just about anything. There’s thousands of brands, products, services, and organizations across the world who are proof of the success good advertising can create. The thing they all have in common is they know their audience. They know their audience’s problems, and they know which media will effectively get their solutions in front of their audience members with the right message at the right time. Instead of being incessant media pests with an annoying message that frequently interrupts and gets avoided, successful organizations create value with the right audience at the most opportune time their message will be received.

In today’s age of marketing data and intelligence, a car dealership can be as precise as it wants to be in efficiently targeting their ideal audience. The key is knowing which tools and media providers can deliver a highly targeted audience that is in need of the solutions a dealership can provide to solve their problems. Targeting the right audience with the right message isn’t just valuable to the people paying attention, it’s also incredibly valuable to a dealership’s bottom line. Done well, it will result in higher advertising response rates, vehicle sales, and return on investment.